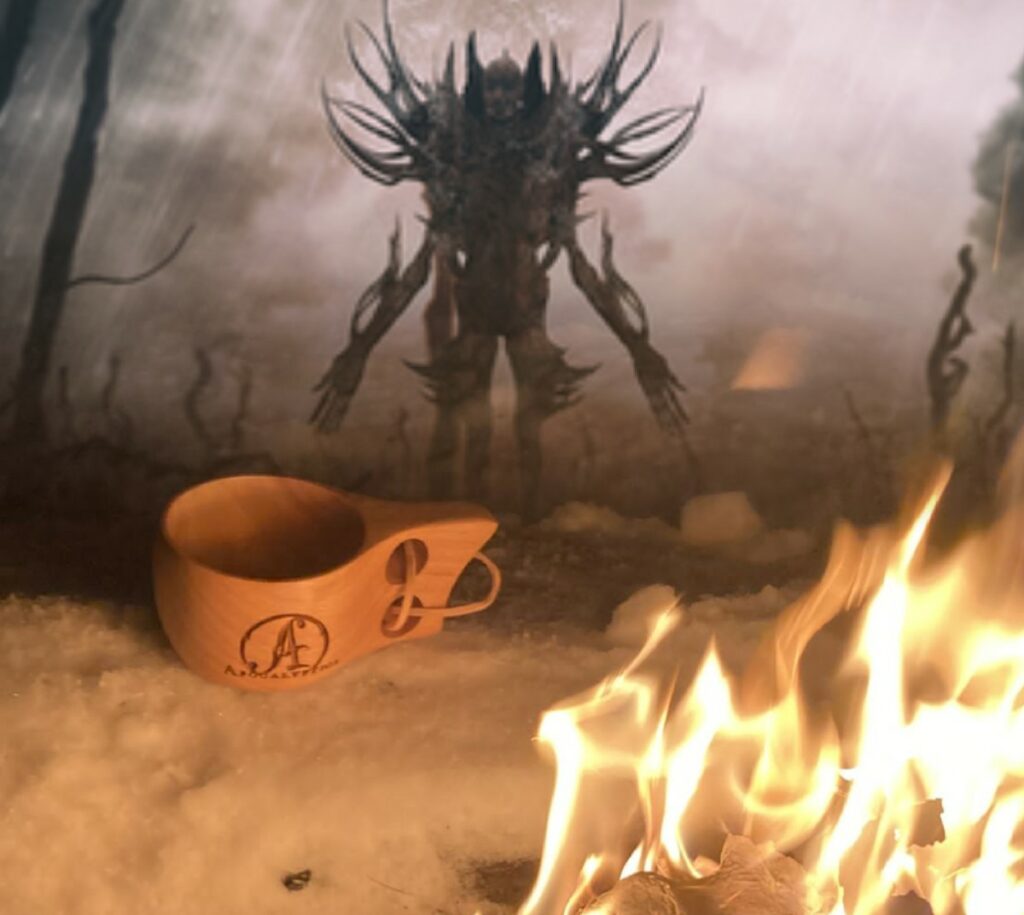 Hiisi is a Finnish legend and the word Hiisi is often translated as ‘giant’ or ‘ogre’.

In Finnish mythology, Hiisi are often depicted as powerful and dangerous creatures associated with forests and other dark places.  They are said to be incredibly strong and often have magical powers.  Some stories describe Hiisi as being evil, while others portray them as more neutral or even benevolent.  In many stories Hiisi are associated with fire and are said to live in structures called hiidenkirnut, which are said to be made of stone and have a whole in the roof through which the Hiisi can shoot flames.

Hiisi are often portrayed as being solitary creatures and are said to be feared and respected by humans.  This creature is often pictured as a mountain troll with furry skin and a tail.  Hiisi were said to create Hiiden Hirvi, wild elks, to create chaos.  When hunters try to catch it, it lures them to the perilous mountains of the underworld.

Originally the word HIISI meant a holy grove, a place where the dead were buried and where people sacrificed for their gods.   Hiisi was a holy fenced area.  It was forbidden to cut trees or harm nature in any way inside the fences.  In the holy grove, people worshipped the dead, it was like a graveyard of old times.

In old folk legends, the Hiisi were supernatural beings, goblin-like creatures and ancient forest gods that dwell in deep woods, inside mountains and inside waters.  It was believed that the Hiisi helped hunters to catch their prey.

After christianization (12th-13th century), Finnish folklore got influenced by christian ideas.  Hiisi was reduced to a troll.  He was portrayed as a demonic, evil creature and lost all his good properties. He was associated with the devil.  It was said that Hiisi could attack you if you were wandering in the woods

When Christianity stabilized, especially on the time of purism around 1600, priests ordered these holy places to be destroyed.

The story of Kilpis begins long ago when giants roamed the lands.  The sullen giant Saana fell in love with the beautiful giant Malla, and they were to be married by the wise magician Paras.  Another giant, Paltsa, was jealous of the match and wished to marry Malla himself.

Wanting to stop the wedding, Paltsa called upon three witches of Lapland who summonsed stormy winds to stop the ceremony.  The fierce frozen winds swirled around the wedding party and the area began to fill with ice.  Saana, sullen and surly as ever, was the first to freeze.

Malla, having seen Saana been frozen, flung herself into her mother’s arms and, amid the swirling storms and the heightening drama, began to cry.  She shed tears which ran and formed a lake – a ‘jarvi’.  As the tears ran and the lake formed, the icy storms continued.  Malla, and her mother, succumbed to the same fate as Saana: they were frozen by the winds.

Now, Saana and Malla had been frozen in time and immortalised forever in the Fells of Kilpis surrounding the lake formed by Malla’s tears, establishing the name: Kilpisjarvi. 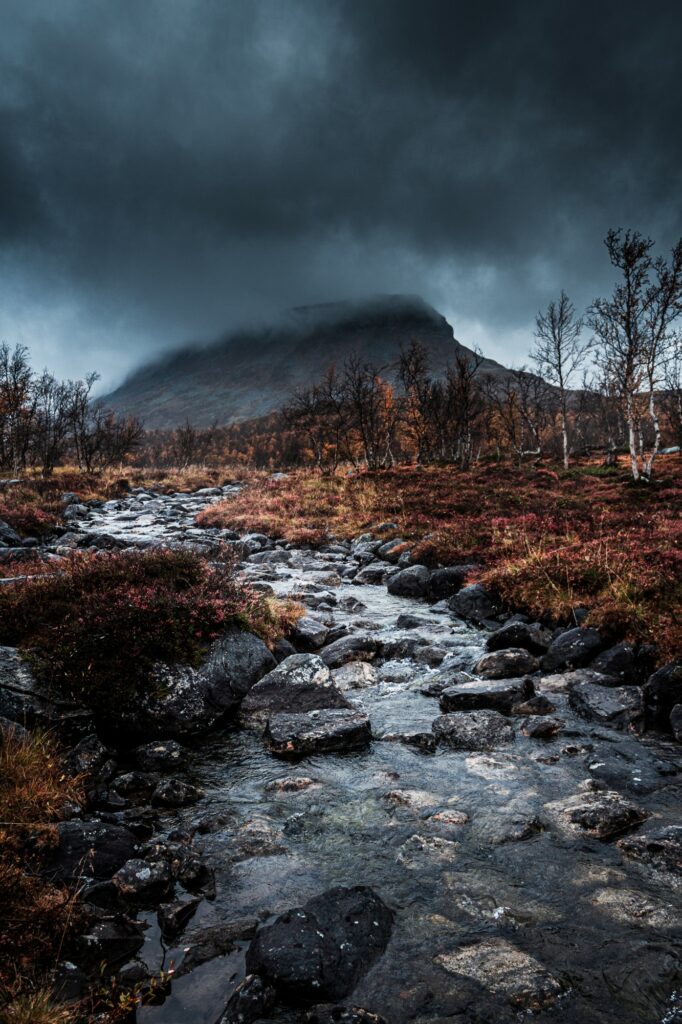